I just put finishing stitches on a new Regency hat!

Ever since I saw Lucy Steele's square-top hat in the 1996 Sense and Sensibility (that movie is bursting with the loveliest hats), I've been fascinated by the style. First (long before my costuming hobby) I thought that the hat looked silly, rather like an upside down flower pot, but it's grown on me over the years.

I found out that this square top business was a military thing, like many other fashion fads in the 18th and 19th century. Apparently, the Polish lancers' uniforms included a really rather strange-looking shako-type hat with a square top, here are some examples: 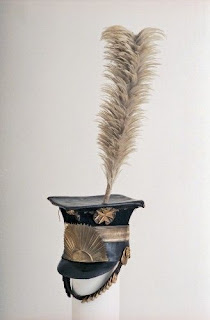 So, I took the idea and ran with it. Luckily I had already made a concave crown bonnet for the Vernet Project last year, so I had some idea of how to make the shape work. A quick paper mock-up, a bit of tweaking and I was good to go. I noticed that to spread the side piece in order to create the concave shape with a square top it was better to cut openings on the side piece where the corners of the top would go and one more opening on each side of that and leave the sides otherwise uncut. I used the same brim pattern as before but cut it slightly narrower.

The hat base is needlepoint canvas, double layers on the brim and square top, with wires sewn on the edges. The whole thing is covered with cerulean velvet, lined with cotton and taffeta and trimmed with assorted ribbons and feathers I had in stash. I'm fairly pleased with it :) 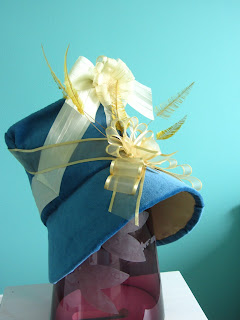 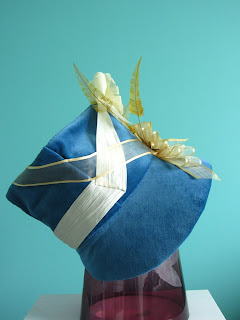 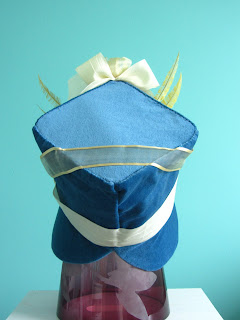 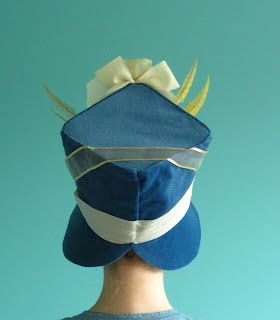 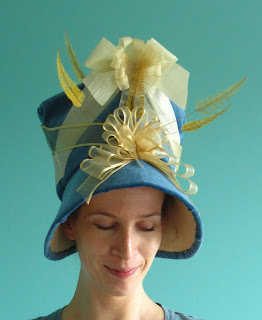 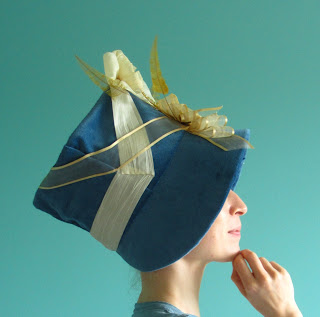 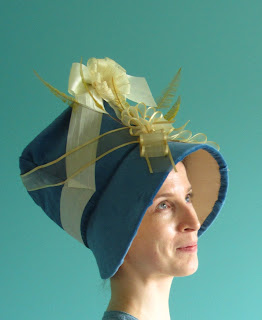