I may have mentioned in passing that I'm also participating in the Vernet's Incroyables & Merveilleuses project this year. The idea of the project is to recreate the 30 odd fashion plates Horace Vernet drew in 1814. Since we are supposed to keep the plates we've chosen secret until the big reveal in November/December this year, the posts for this project will be in bits and I'm trying my best to be as secretive as I can. 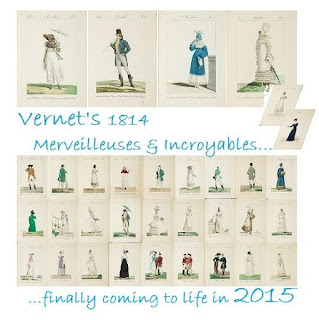 I've finally begun working on my Vernet fashion plate and the first thing I've finished so far is the hat. I can't really say if my method of constructing the hat was really period correct but it worked well and I think I've managed to produce a shape that is very close to Vernet's drawing.

I first made base pieces for the hat using tightly woven needlepoint canvas. I wired edges of the top piece and both edges of the crown piece after sewing the centre back seam. I also sewed the centre back seam of the brim. I then handstitched straw braid in slightly overlapping rounds on the base pieces and finally assembled the hat. The concave shape of the crown took some thinking and pleas of help to fellow costumers (thanks Sabine and Jennifer) and their advice led me to adapt this technique for my bonnet.

I still need to trim it but other than that, it's finished. 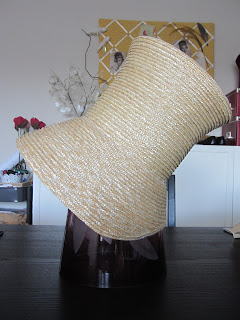 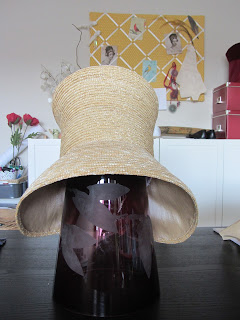 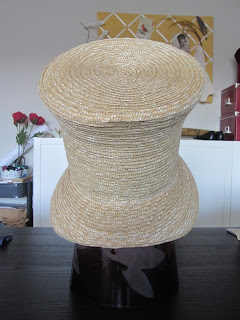 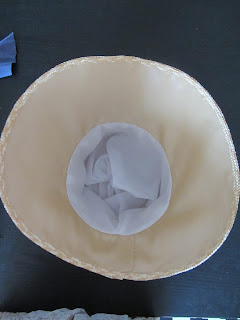 The inside of the brim is lined with cream taffeta and the crown with cotton batiste.