Based on recent sewing attempts I think it's now been established that I cannot make a pair of long Regency stays.
You know, those corded, lightly boned, white and embroidered contraptions.

I had my doubts before taking up this project, since I had tried out the 1820s pattern in Norah Waugh's Corsets and Crinolines a couple of years ago, falling on my face rather spectacularly with it. So many things were wrong with that project, from fabric choice to fit. So you'd think I had learned something. Apparently not.
I'm not going to show the second version to anyone, let alone post any pictures here, so just take my word for it, it's not pretty. Or well, parts of it are pretty (like the embroidery), but the fit is still wrong and weird, the cording pattern turned out annoyingly asymmetrical and it's very clear, and the stupid fabric which at first seemed like a good choice, stretched in odd places during the sewing and the cording. To top it off, I foolishly thought I could pull off trying my own pattern, but how wrong I was.
I think I might try to fix this some day when I'm not so annoyed and frustrated with it, but for now I've hidden it in the sewing cupboard and decided not to look at it for a very long time.

The primary reason for trying to make those wretched stays was that I wanted to finally make an 1830s dress. In retrospect the stays were all wrong, however much the museums and costume researchers try to convince me that these stays were worn with the 1830s dresses. I  mean really. Stays with straps, when your dress has a low, almost off the shoulders neckline and sloping shoulders. I know, I know, the strapless corsets didn't (apparently) come along until the 1840s but still. It seems a bit odd to me.

So bring on plan B. Or plan F, or M, I've lost count. I'm going to try and make a pair of stays/corset along these lines, maybe trying to use this pattern, slightly modified. I've also started a corded petticoat, which is slowly coming together, since I'm handsewing it. The dress itself is going to be some sort of combination of these styles:

Other sewing plans include an 18th century robe à la Francaise which hopefully won't fail like my first francaise attempt. I dyed the fabric for it last weekend and I love the periwinkle blue colour! 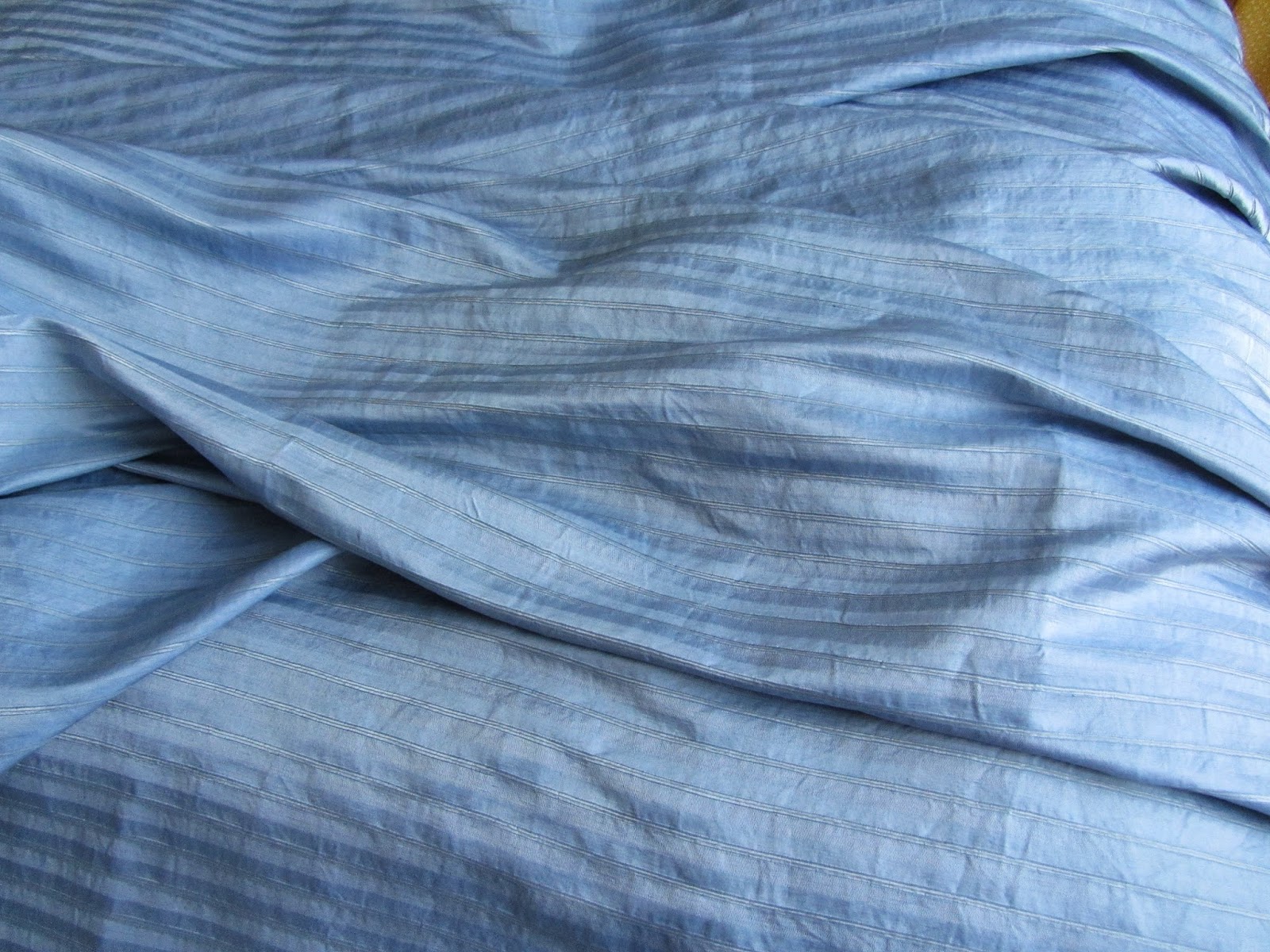 I'm also participating in the Vernet's Incroyables and Merveilleuses project, so I'll have a secret Regency project to post about over the whole of this year. I haven't yet got any supplies for that, but I guess I should start tracking them down soon.