Where did March go?

Whoops. It's been a while. There's nothing much to report, the francaise is a bit further along than the last time I checked in, but I still don't have petticoat fabric and the swatches of potential fabric still haven't come even though I have now been waiting for them exacty 1 month. I still have a couple of weeks before the ball where I originally meant to wear the francaise but I'm not really optimistic about finishing it on time.

This is where I am now. Plant stands can be surprisingly useful while sewing. Presenting the decoy-me :) 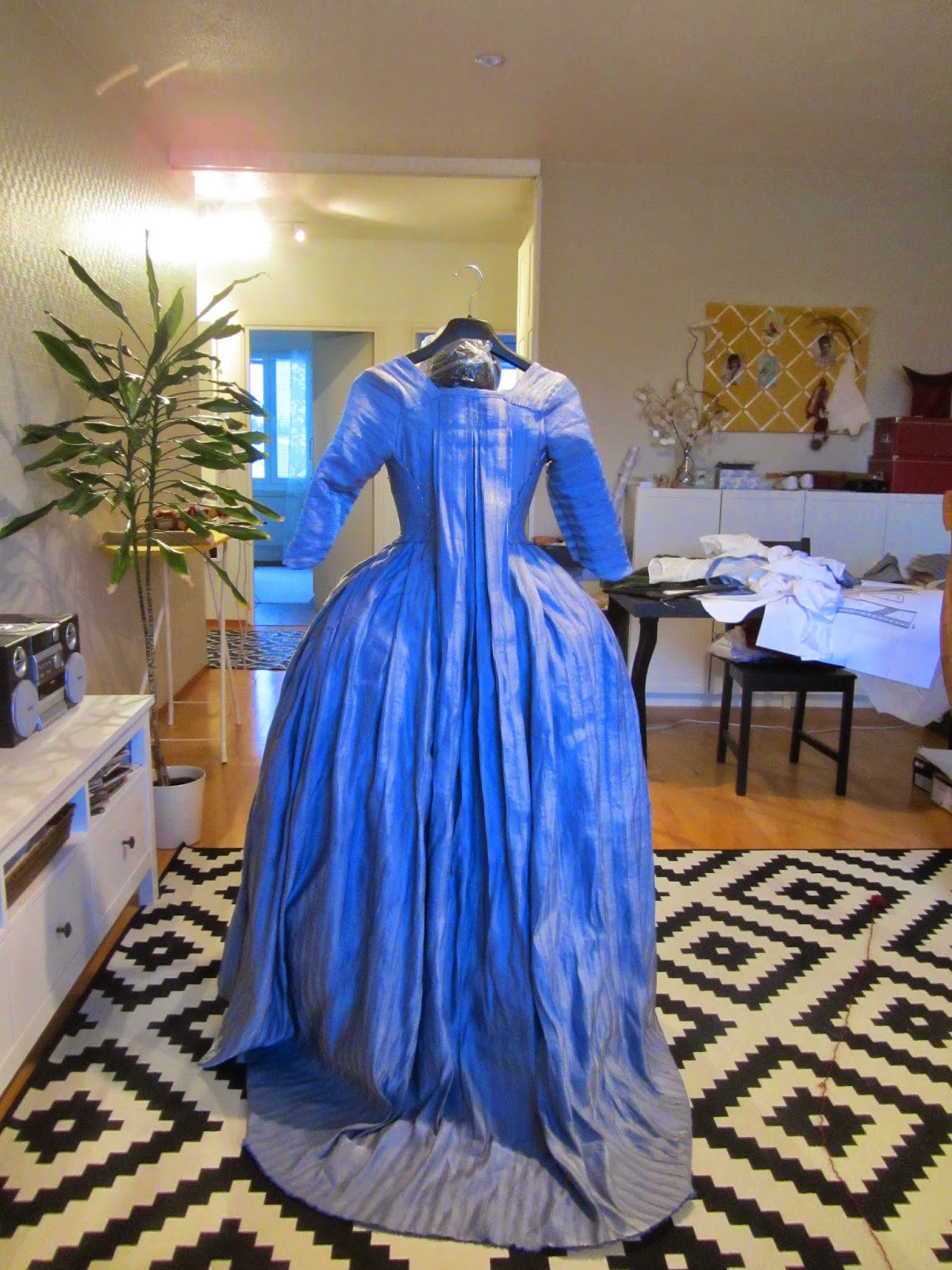 I have sewn other things though. Easter is a long four day weekend around here, so I really indulged myself and sewed like never before. I produced a dress, a spring coat and two pairs of shorts for dance.